Air Rifle training was introduced to the Canadian Cadet Movement in the 1990s. The addition of air rifles reflects the need for an inexpensive, readily available marksmanship program.

Because of the low muzzle velocity, the Daisy 853C is not classified as a firearm under the current Federal Gun Legislation. Our training always teaches to the higher standard, so even though the 853c is not a firearm we treat it as such. Following all the safety rules and guidlies of safe firearm handling (safety equipment, example glasses). A qualified Canadian Forces Range Safety Officer runs the range to a standard that is at least equal to the civilian standard, but in most cases excedes it. Air rifle ranges can be setup virtually anywhere. We routinely setup on our parade square, and in the field during Field Training Exercises.

The range is configured in 1.5 metre x 10 metre lanes. Cadets typically fire from the prone (laying down) position.

Various videos to help with your Marksmanship Skills

Qualifications are based on shooting 10 pellets onto two targets for all levels. The highest qualification attained during the year is retained. For a Marksman qualification, a cadet must obtain two groupings of 3 cm on two targets

Parts of an Air Rifle

Parts of an Air Rifle: http://www.youtube.com/watch?v=Wm5GSFe348M (click on link) 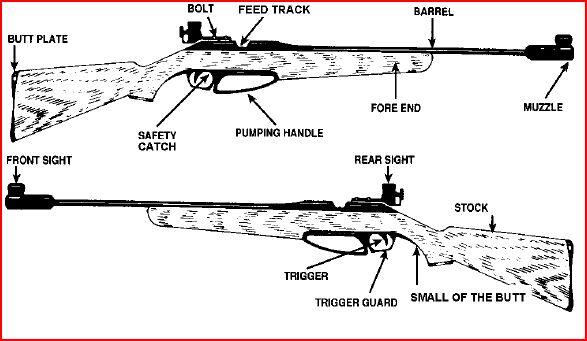 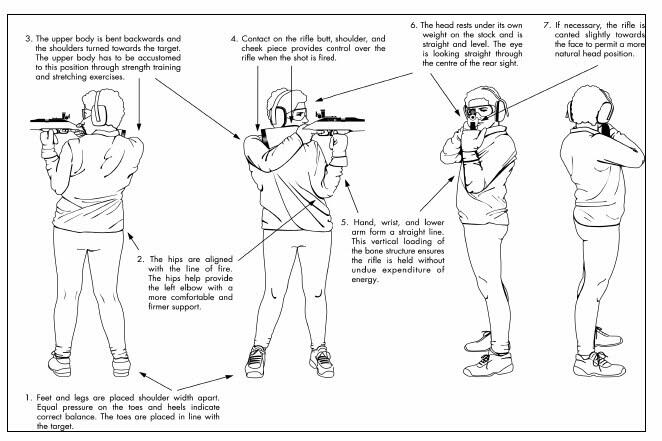